This just in from Richard Krawiec:

Fleur de Lisa will be on NPR's The State of Things Friday, Dec. 18 between noon & 1, probably towards the end of the show. They will be discussing their work and singing new songs, not on the Willow Songs CD. They are finishing the recording of their new CD, which features work by Basho, Issa, Japanese Death poems, Roberta Beary, as well as work based on free verse poems by Jaki Shelton Green and former NC Poet Laureate Kathryn Stripling Byers. 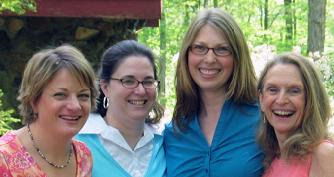 1. Poets are urged to read the Editor's Introduction in the Simply Haiku Senryu section and read among the many examples of senryu in the SH archives.

3. There is no limit to the number of submissions.

4. All submissions should appear in the body of the e-mail. Attachments are not acceptable.

5. Response time is a week or two from the date of submission.

6. Accepted poems are published within a year of acceptance. Some appear sooner than others depending on the featured topic of each issue.
Note: Topics are determined by the related subject matter of accepted poems and are not announced prior to each issue.

7. Bios & Photos should only be submitted by request of the editor.

Hi Curtis
Thanks for posting that info about Fleur de Lisa on NPR. For those of us who can't listen live, there's an archive available at wunc.org/tsot/archive/.

I just might be buying myself their CD for Christmas!