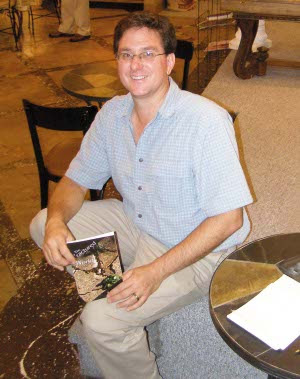 Last Supper in the Yellow Kitchen


One had to wonder what Jesus was doing

there in a kitchen so tight white walls

had turned to yellow from smoke and heat

and grease, but there he was, clueless

disciples beside him above the metal

and barely enough room to crawl in

between wall and table. He sat

every hour of every day,

bowls of grits and biscuit toast

and four boys with dirty faces,

overlooking a woman who never

sat at the table to eat, and men

who talked of nothing but farming and fishing.

long after the last time

anyone stayed for supper, to claim

hen and rooster salt and pepper

shakers, I see him there, yellowing, otherwise

[Photo: Scott Owens at one of his favorite haunts, Taste Full Beans Coffeehouse, in Hickory, NC.]
Posted by Curtis Dunlap at 5:28 AM

Scott is great. Love the photo AND the poem!

I've seen it all before. But not in words like this.

Great tactile and emotional sens of the place, Scott. Really there!