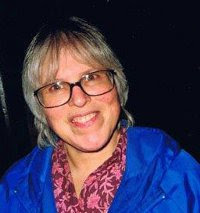 Susan Diridoni lives in the San Francisco Bay Area and works as a psychotherapist. In the last few years, her poetry has appeared in: Modern Haiku, bottle rockets, moonset, Mariposa, Modern English Tanka, Ribbons, 3lights, Roadrunner, MASKS. Forthcoming appearances in: Dimitar Anakiev’s (yet to be titled) “Anthology of War”, Presence.

I was a teenager interested in poetry and Zen when I discovered R.H. Blyth’s haiku books. Reading these books made me feel as if I would love Japan—never guessing that later I would travel there often and indeed love that land and its culture. At that time, I was also reading a good deal of other poetry, notably: Rilke, e.e. cummings, William Carlos Williams, paul reps, and contemporary poets of San Francisco. I also wrote poetry (very derivative) and was even published.

Much later, after becoming a psychologist, I began visiting a Trappist Abbey outside of Portland, Oregon. Occasionally I worked in the Pacific Northwest, and I would arrange to visit the Abbey. Then I began a decade of journeying there for Easter. It was being at the Abbey that brought me to the writing of haiku. I found the grounds of the Abbey beautiful—the foliage, trails going up into trees, ponds reflecting skies and the wind upon the water—all against the contemplative quiet and the welcoming community. Some of the guestrooms had long, slim windows which could transform at night in my mind’s eye, turning into real-time Japanese scrolls: moon reflected on a small pond, its surface broken by … koi, an insect, a frog. It seemed that all of this reached a critical mass of lyricism within me, and haiku began bubbling up. All of my initial attempts at haiku emerged from Abbey impressions—in nature, within relationships, and interior currents. After beginning to read contemporary published haiku, my haiku efforts gradually expanded to daily life and beyond.

Many answers given to this question have named dimensions that I, too, find true in writing haiku, especially the aspect of distillation. For me, haiku is the distillation of multi-faceted moments—moments that are exterior, interior, and dynamic.

I have less experience writing tanka, but enough to want to continue. In recent years I have been studying poetry with Diane di Prima, who is currently Poet Laureate of San Francisco. Diane’s passionate engagement with the Muse, and her liberal advocacy of the same in her students, make a compelling invitation to explore free verse as well as a wide variety of structured poetry. My readings in poetry are ever growing, including literary journals such as Jubilat and Black Warrior Review, to cite just two. Seems I’m wading into the wide, gossamer river of poetics!

patches of night
fill the western sky—
my jig-saw memories


Epiphany
the unsaid between us
extinguished


just east of our troubles the rainbow’s face


If you've been enjoying this weekly series and have not contributed, please consider sharing your response (whether it be for haiku or tanka) to the three little questions that Susan answered. You must be a published poet to participate.
Posted by Curtis Dunlap at 7:31 AM

Dear Susan, I enjoy the new way of seeing your haiku permit... makes me want to go back and rethink a few things. Many thanks.

particularly loved the rainbow one :)