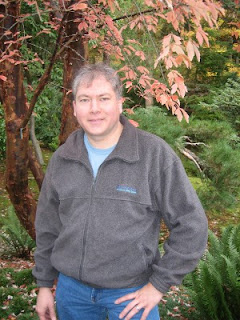 Flowers on the Roof of Hell

Today Issa came over for dinner.
Nothing fancy, just Thai take-out from the place down the road.
He came on foot, carrying a satchel.
I welcomed him at the door, and he removed his sandals.
The low evening sun sparkled
through the tall glass of water I gave him.
He admired it before he drank it in one go.
I showed him to the living room, where he sat on the couch,
almost delicately. Then, as if conscious
of his bare feet, he curled them up under himself.

We talked of poetry all through dinner,
stray noodles landing on the plain wooden table as we ate.
We talked of favourite poets and poems,
and the challenge of writing freshly about old subjects.
We talked of writing one’s joy in a fiercely crushed world,
of flowers on the roof of hell.

When he told me it was time for him to go,
I asked if I could give him a ride
but he declined, as I knew he would.
He had a long way to travel,
but held a finger to his lips and gently shook his smile.
Then Issa took his sandals in hand
and padded off into the dark.

I opened the satchel he left behind.
Inside it bloomed white asters.

If you would like to participate in this series, send a photo of yourself composing a poem or writing or a picture of a location where you enjoy writing, along with one of your poems (the type/genre of poem doesn't matter). This series will allow us to see the various locations that inspire us or where we go to write.
Posted by Curtis Dunlap at 6:16 AM

Congratulations on your new series

And thanks Curtis, for another interesting series to follow or participate in.

Hi, Michael... So many translations of the Issa haiku. Glad to have this one. What a life you lead! with Issa for a guest! What a marvelous idea ...thanks for the great poem so we could all be there... Wonderful. Merrill

What a great series idea and a fabulous post. It is as though the spirit of the great poet was awakened.

This brought a smile and I also found myself misting up. Many thanks.

Enjoyed this very much, Michael! The past cleverly, beautifully revisited in the present. Wonderful!