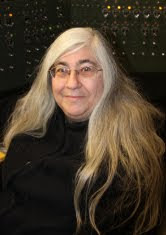 Helen Losse, author of Better With Friends (published by Rank Stranger Press) and the Poetry Editor of The Dead Mule School of Southern Literature will appear on The Jane Crown Show today at 5 p.m. EST. The Jane Crown Show is streamed live at blogtalkradio. An archive of previous shows is also available. Listeners can call in during the show at (646) 200-0176.

• Haiku must be unpublished and not under consideration elsewhere.

• Submit 2 copies of each haiku, each copy typed or neatly printed on a 3X5 card; one card in each set must include the author’s name, address and telephone number in the upper corner, while the other card with the identical poem must contain no identifying marks.

• Winners will be announced at the Annual General Meeting in May 2010. First Prize $100; Second Prize $50; Third Prize $25 for haiku. The top eleven poems will be published in a Haiku Canada Sheet and distributed with the Haiku Canada Anthology.

• No entries will be returned. If you are NOT a member of Haiku Canada and wish a copy of the broadsheet with the winning haiku, include a SASE (business size, Cdn stamps) or a SAE and $1 for postage and handling.

Congratulations winners!
Posted by Curtis Dunlap at 6:09 AM