Hi Curtis, I have permission from Patricia for you to post this review on Tobacco Road.

Thanks, again, for all you do!

Click the book title to read Patricia Prime's review of: Lighting the Global Lantern: A Teacher's Guide to Writing Haiku and Related Forms


Bookin’ It On Main: A Celebration of Black Writers

Haiku is ‘a way of life’ for poet Lenard D. Moore

Columbia, SC:  As an award-winning poet drawn to formal structures, Lenard D. Moore writes in more than thirty poetic forms, from bop, free verse, and kwansaba to sestina, triolet, and villanelle. But the form he favors most is haiku. Perhaps it is the challenge of working with only three lines totaling seventeen syllables. Perhaps it is because he sees haiku as “a way of life.” It is one he enjoys sharing: Moore, who is the first African American as well as the first Southerner to become president of the Haiku Society of America, will lead a workshop on writing haiku at “Bookin’ It On Main: A Celebration of Black Writers.”

Though haiku is a Japanese form whose history goes back hundreds of years, it is also popular among American poets, who, Moore said, “appreciate how haiku depicts what is happening now, how it includes a
contrast of two unlike things and how the reader must participate in the experience of it.”

Moore, who teaches at Mount Olive College in North Carolina, has been writing and publishing haiku for almost thirty years. Many appear in his own books “The Open Eye” and “Desert Storm, A Brief History.” In
addition, he has several books of longer poems, including “A Temple Looming” and “Forever Home.” His work also has been included in more than fifty anthologies, including Kwame Dawes' about-to-be-released
"Home Is Where." Among Moore's many honors, he is a three-time winner of the Haiku Museum of Tokyo Award. “I am drawn to the precision of imagery and the conciseness of language in haiku,” he said. “I also
like the oneness of existence with the natural world.”

There is more to haiku than format. A traditional haiku also includes a “kigo” —words or a word describing a particular season— that Moore said “contributes to the deepening of a haiku.” Nonetheless, Moore added, “I think there is room for experimentation in haiku, though it is important to understand the haiku guidelines and know how they work. When I teach a haiku workshop, I start with the haiku guidelines and discuss how they work to help the poet write effective haiku.”

“Bookin’ It On Main” will take place on Saturday, November 12, from 10 a.m. to 4 p.m. in and around the Columbia Museum of Art. The event will include free readings by sixteen poets, most of whom have poems included in Kwame Dawes’ new anthology, “Home Is Where,” along with ten writing workshops, live music, book signings, a vendor area, and for younger children, an all-day BYOB — Bring Your Own Book — during which children who bring in a picture book can have it read aloud to them. Workshop registration is under way at http://bookinitonmain.eventbrite.com/. For information on “Bookin’ It On Main,” please visit http://lingolit.wordpress.com/bookin-it-on-main or contact bookin.it.on.main@gmail.com. 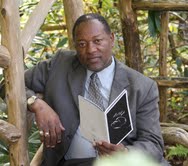 What a delight to find the review of Terry Ann Carter's new book here! It certainly is becoming a major influence in haiku, and deservedly so. I'm also delighted to come across Patricia Prime again... I don't get to see her work as much as I had in the past but it was so good to see that she is co-editor of Kokako.
*********************************
As far as Leonard goes, there is one fine poet and I applaud the recognition his work brings...for in more and more areas recognizing his work, he carried haiku out into the word in the finest form of feeling and depth.
Many thanks, for the good news of both posts tonight! Merrill