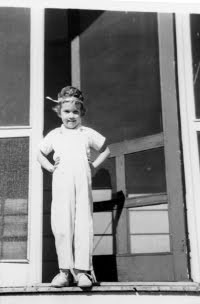 I agree with many of the wonderful responses from other poets on this web site and there isn’t much more I can add. I recall my first impression of reading a translation of Basho’s autumn crow haiku in the Norton Anthology when I was in grade school. The eloquence of those three short lines surrounded by so much white space. The meaning came just as much from what was said as what was not said. In high school to fulfill a journaling assignment for English class I picked haiku but truly haiku had already picked me. I’ve been writing haiku ever since although my first decade of attempts weren’t really haiku. It took meeting other haiku poets to accelerate the process. I’m now approaching my fourth decade and the perfect haiku still eludes me but the form is as tantalizing as that first glimpse.

I’ve written tanka since 1993 and have won a number of awards for my tanka. I also write mixed genre including haibun and haiga, and participate in collaborative forms of renga, rengay, and linked tanka sequences. I’ve published a number of free verse poems as well as flash fiction and prose poems, several of which have won Editors’ Choice awards.

It is difficult to pick favorites because the list changes daily so just for today I have to go with these three.

sharing my plan
to travel the world—
dandelion

If you've been enjoying this weekly series and have not contributed, please consider sharing your response (whether it be for haiku or tanka) to the three little questions that Cherie answered. You must be a published poet to participate.
Posted by Curtis Dunlap at 8:44 AM

I really enjoyed your one line poems Cherie!

i always enjoy these interviews but especially love the dandelion poem. i have tried to write many dandelion poems over the years but i think you have written one i like so much that now i don't have to keep trying to write my own :)

Cherie, Every time I come to one of your haiku, it stops me in an
"Ah!" - just so! What a delight you are! Merrill