Charles Trumbull was born in Michigan, grew up in New Mexico, and was educated at Yale and Notre Dame universities. Trained as a specialist in the foreign policy of the Soviet Union, he worked in jobs that had to do with American-Russian communication at the U.S. National Academy of Sciences and Radio Free Europe/Radio Liberty, Inc. When the U.S.S.R. disappeared, he jumped over to a job as Director of Yearbooks at Encyclopedia Britannica, Inc., in Chicago, from which he was retired in 2007. He lives in Evanston, Ill.

Charlie got reacquainted with haiku in 1991, literally on a bet. Immediately bitten by the haiku bug, he has since served as newsletter editor (1996–2002) and president (2004–05) of the Haiku Society of America, a founder of Chi-ku, the Chicago-area haiku club, an organizer of Haiku North America—Chicago (1999), and proprietor of Deep North Press, a publisher of haiku books with 14 titles in print. Since March 2006 he has been editor of Modern Haiku, the oldest haiku journal outside Japan. His work has appeared in publications in ten countries, has won several haiku contests, and has been frequently anthologized.

Charlie shares his response to Haiku - Three Questions with us this week.

I suppose because I can do so. I am not a very creative person, and that fact frustrates me enormously. I have had a modicum of success with haiku, so I keep plugging away at it, imagining that I am being creative.

I disagree with the phrasing of the question, which seems to suggest that haiku is a form. I think haiku, or haikai, is a genre. Moreover, I question whether a haiku should be considered a poem in a Western sense at all. Standard definitions of (Western) poetry fit haiku badly, and everything about a haiku makes it different from a Western-style poem: length, format, content, structure, poetics, aesthetics, etc.

If you are asking what kinds of poetry do I enjoy, not much, actually. Of contemporary poets I like the more accessible ones and those who write more imagistic works, such as Billy Collins, Ted Kooser, Theodore Roethke, Donald Justice, ... I generally dislike confessional and language poetry, and in the kind of poems that are published in magazines, I find myself counting the similes. I guess my appreciation for such work has been ruined by haiku!

Some months ago I sent out a selection of my haiku to six friends and asked them to rate each: two points for a great haiku, one for a pretty good haiku, and none for ones best forgotten. These three took top honors, and would be among my own favorites as well:

late to the office
my desk already piled high
with zucchini


the swell of her breast
against the watered silk
summer moon


in his garden
my neighbor has hung mirrors
this August heat


Next week, Richard Straw.
Posted by Curtis Dunlap at 12:21 AM No comments: Links to this post

an'ya, whose haigo loosely translates to 'a peaceful light in the moonless night', visits Blogging Along Tobacco Road this week with her response to Haiku – Three Questions:

I am obligated to write them down because they are a gift and I am the vehicle. And because every single moment of life, is a "haiku moment" . . .

I used to enjoy mainstream poetry ie; sonnets, epics, pattern poems, free verse etc., as well as other forms such as sijo, cinquain, and so forth, but once I found haiku, that's all I enjoy now except for the occasional tanka.

my signature haiku is:

my other favs are:

night of stars
all along the precipice
goat bells ring

an'ya is the editor of moonset Literary Newspaper.

an'ya's new book seasons of a hermitess is currently available at rosenberrybooks.com, or please call Rosenberry Books at 800.723.0336.

If you are enjoying this weekly feature, please consider sending your response to the same three questions.

Next week, Charles Trumbull.
Posted by Curtis Dunlap at 11:14 PM 3 comments: Links to this post 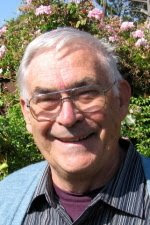 I write haiku because I love poetry, and think that haiku's brevity is perfect for capturing and emphasizing the potency of topics such as love and death, the subjects I write about the most.

I love tanka and sonnets the most at present.


birthday —
the backwards struggle
of the butterfly

fading light
the old man and
his cracked tea cup

published in Full Moon, the Makata, and tiny words

spring rain
the crumpled obituary
by my bed

published in The Heron's Nest and tiny words


Please consider sending your answers to the same three questions. My goal is to make Haiku - Three Questions a weekly feature. You can submit your answers by clicking on the Contact link on this page.

I've updated the haiku and rengay areas of my website.

By the way, the child beside the mule in the picture on my haiku entry page is or was my father, Helon Dunlap. Daddy was born on March 17, 1920; therefore, I estimate that the picture was taken in either 1922 or 1923. Daddy enjoyed showing the picture to folks followed by the comment that he was the one on the left. :)
Posted by Curtis Dunlap at 9:11 PM No comments: Links to this post