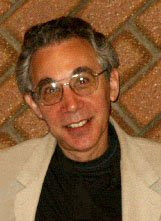 Neal Whitman lives in Pacific Grove, California and is a volunteer docent at the Robinson Jeffers Tor House in Carmel. He is a member of the Yuki Teikei Haiku Society of San Jose, the Haiku Poets of Northern California, and the Haiku Society of America. His poems have been published in a dozen journals and he enjoys (gratis only) public recitations of his work, when possible with his wife Elaine who plays the Native American flute. They find combining verse & music brings poetry back to its origins.

I write haiku because I am a “poetry professor” –– no, not in the sense of being an English professor, which I am not, but as someone who professes his beliefs. First, and foremost, I profess that poetry should and can be part of daily well-balanced diet. Haiku, with its taste of the season, certainly fits my idea of good nutrition. Second, I profess that poetry should be accessible to everyone and anyone. That does not mean dumbing down the written word. A little mystery is a good thing. But, confusion? Not my cup of tea. Oh, I have many other professions, but will stop with just one more: Everyone and anyone can write haiku. After all, experts built the Titanic, an amateur The Ark.

I like other short poetic forms. For example, the fib is based on the sequence of numbers invented by the 12th century mathematician Leonardo Fibonacci. Begin with 0 and 1. Add them and you get 1. Now keep adding the last two numbers: 1 + 1 = 2; 2 + 1 = 3; and so on. The fib uses these for syllable counts per line: 0 (take a breath), 1, 1, 2, 3, 5, 8. The numbers go on for infinity and magically graph out the design of a sea nautilus, the seeds of a sunflower, the scales of a pinecone. Here is one of mine:

made my crystal ball

tell me what will be in the past

cinnamon toast and tea
in our jim jams
Inauguration Day

abalone shells
in line by size ––
dip my pen in ink


If you've been enjoying this weekly series and have not contributed, please consider sharing your response (whether it be for haiku or tanka) to the three little questions that Neal answered. You must be a published poet in order to participate.

Carmen Sterba will be our guest next week.
Posted by Curtis Dunlap at 7:05 AM

Many thanks to Neal, and to his cold day at the beach. I wish I had some cinnamon toast right now, but at least I can put the kettle on for some tea. ;-)