Now out from Modern Haiku Press.

This is the most important anthology of English-language haiku to be published in decades. If you are curious to discover how this briefest form of literature has evolved in the 21st century into a novel and potent contemporary poetics, open this book! —Richard Gilbert

Although many of you have already gotten wind of it via Facebook, I wanted to send out a semi-sort-of-kind-of official notice that the dragon/water/fire poems are now online!

But more importantly, thank you again for sharing your works with me and everyone else. I hope all of you are blessed with a warm, pleasant, and fruitful year!

Please announce the new issue of CHO, just released. I think that you've already announced the December releases of Haibun Today, A Hundred Gourds and Notes from the Gean.

And you may wish to consider announcing this haiku genre journal website. I just put together the list. I think that it's relatively complete, but there's also a spot for adding journals.

The November/December 2011 issue of Sketchbook features Poetry and Art from 68 writers living in 18 countries.

The Sketchbook editors send New Year’s Greetings to each of you. Submissions are open for the January / February 2012 Issue. Read the complete submission guidelines. 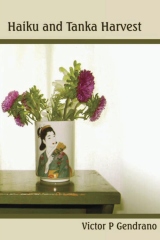 A selection of over 200 haiku and tanka poems previously published in various online and print journals as well as book anthologies, written from 2006-2011.

Order Haiku and Tanka Harvest at the following URL:


Penny Harter shared this interesting essay entitled More than the Birds, Bees, and Trees: A Closer Look at Writing Haibun by Aimee Nezhukumatathil


Janak Sapkota sent this preview of his new book entitled Whisper of Pines. 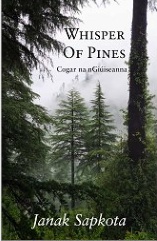 Posted by Curtis Dunlap at 8:09 AM